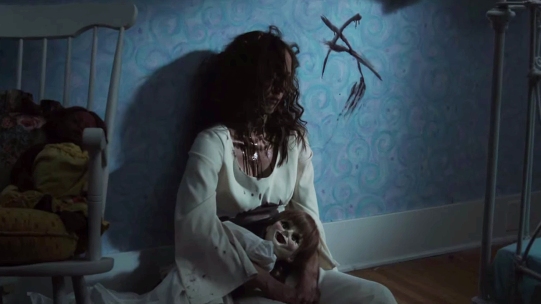 James Wan’s Summer 2013 hit ‘The Conjuring’ was a real tease. It played mercilessly with it’s audience, telegraphing jump scares and only to present a dead lull that snatched the audience’s breath just before its denouncement.

The film’s bravest move was to begin it’s story with the tale of Annabelle, a possessed doll with a penchant for red crayon. We first met Annabelle while being recounted the tale of her torment of two young nurses. Her scenes were wire tight,the camera kept her dead stare central as though it was caught up in an infatuated lovers gaze. We waited to see a twitch, a head turn, a limb jerk. But Annabelle gave us nothing. And so the suspense and mystery surrounding the possessed doll was created. 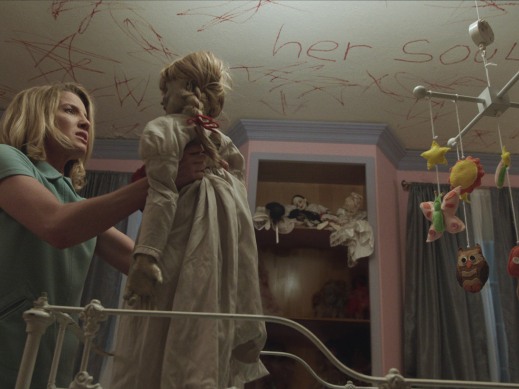 Now we have been given a feature length view into the backstory of Annabelle but it still feels bereft of Annabelle’s true potential for terror. The story follows young married couple Mia and Ward Gordon who are expecting their first child. Their tale takes place in the beginning of the seventies backdropped by the Manson family killings and the prevailing fear of anti religious kooks. The Gordan’s find themselves caught up in this hysteria shortly after taking ownership of the Annabelle doll.

It is sad to say, but has to be said.. Annabelle is utterly let down by its missed potential. Child Play’s ‘Chucky’ with no finesse, grace or even intelligence has managed to create a hugely successful franchise simply by playing wildly into the premise of a possessed, murderous doll. With all the pins nicely lined up for Annebelle to take on this formula with a bit of grace, it failed to hit a strike. In fact allow me to expand this metaphor and say that sadly Annabelle is a gutter ball. 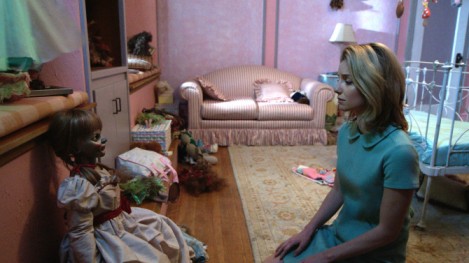 Annabelle is not a bad film, it is a passable horror with some very effective jump scares but considering the effectiveness of the titular doll’s short appearance in The Conjuring’s opening, it could have been so much more.